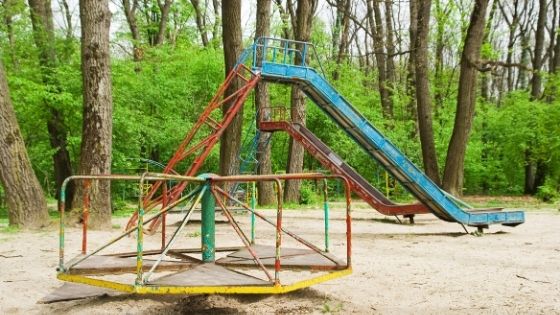 While the concept of the playground seems like an obvious addition to any community these days, the first playgrounds didn’t appear until the late 19th century and didn’t become commonplace in public spaces until the turn of the 20th century, as the concerns of public welfare amongst the rise of industrialization and urbanization. So, let’s take a look at the history of playgrounds and playground equipment to see how playgrounds have matured as a public amenity and the ways we play have evolved over the century.

The sandbox is a staple of many modern-day playgrounds, but did you know that they were also the original playground? Originating in Germany during the mid-to-late 1800s, “sand gardens” were simply large play areas filled with sand for kids to play in that would later be renamed “playgrounds” as their popularity increased. It wasn’t until 1885 when Polish physician Marie Elizabeth Zakrzewska would observe these sand gardens and bring the concept back to her home city of Boston in 1886. The idea of a playground would soon spread outside of Massachusetts and spark the Playground Movement.

By the mid-1890s, the idea of playgrounds would begin to spread from Boston, and a playground movement would see playgrounds being created in nine other major cities. Many of these early playgrounds would remain humble by using dirt lots donated or lent by philanthropists to settlement houses and civic groups as a way to keep kids off the streets. Playgrounds also aimed to provide the youth with a space where they could play under supervision and controlled condition. Reformers in favor of the playground movement preached that playgrounds could improve the physical, mental, and even moral well-being of children; on the playground, children could exercise while playing, and had opportunities to socialize in a space that left them free to do as they please, but also had intervention available if necessary.

In fact, public facilities like gymnasiums, pools, and fieldhouses can thank the history of playgrounds and playground equipment for their existence, as the success of playgrounds had these same reformers broaden their call to include spaces for adult activities to be included in municipal parks.

The Playground Association of America

In 1906, the Playground Association of America would form to promote ideas of playgrounds to communities, as well as the benefits, design, construction, and equipment that would be included in those playgrounds. However, their idea of a playground was much stricter. The ideal playground of the early 1900s would have designated separate play areas and athletic fields for boys and girls and would feature shelters, restrooms, gardens, shaded spaces, and even pools.

These playgrounds were perhaps more akin to a gym or fitness center, and this was all the more enforced by the fact that these early playgrounds were not as free-form as they are now. Trained instructors were present at these playgrounds to organize play and teach kids lessons believed to be necessary to their growth, rather than allowing them to learn naturally. These organized activities could be anything from team sports to theater productions or parades.

The Evolution of Playgrounds

Throughout the 20th century, the concept and design of playgrounds would evolve rapidly from the 1880-1890 lots of sand they originated from. Equipment and apparatuses would see progressive improvement, while design philosophies would mature into different themes that would separate the evolutions into their own eras. Here are some of the different types of playgrounds characteristic of each time period:

the most common and familiar example being a tire swing.

While playgrounds experienced a rapid evolution of changes, not every old idea has completely vanished. Playgrounds as far back as model playgrounds still exist today, and ideas from the past are still borrowed to inspire modern playgrounds. As technology continues to advance, playgrounds will also continue to advance in the quest to provide kids with places they can play and learn while remaining safe and secure. If your local community lacks a public park or playground, it is always worth petitioning to build such an amenity within your community to not only improve the neighborhood’s value socially, but also to benefit the kids living in the community. Playgrounds also promote the ever-changing yet everlasting importance playgrounds have on the development of kids.