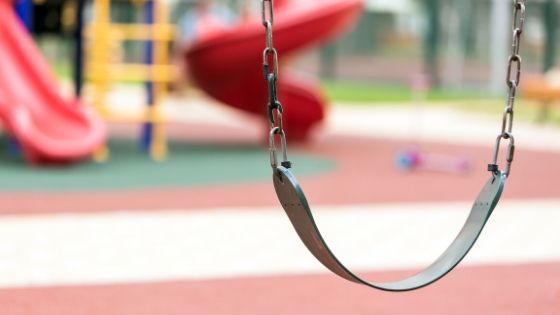 The joy of swinging high in the sky has been around for quite some time. Though they were not always the modern style they are today, there’s actually a few similarities between those today and those from the past. If you’re curious about how long these joyful swings have been about, check our guide to the evolution of swing sets. Take a trip back to Ancient Greece and all the way back to today!

In order to understand the evolution of swing sets, we have to look back first to Ancient Greece. Historians have found artifacts that are quite similar to the idea of swing sets as far back as 1450 BC! These early swing set versions were quite plain and rudimentary, involving the basics: wood and rope.

The next big stop of the swing set evolution tour is Europe in the 1700s. Paintings from that time often showcased women sitting on outdoor swing sets. The romantic nature of these sets was often depicted in the era’s paintings, but still kept that same rudimentary feeling of Ancient Greece. They stayed quite simple, still hanging from tree branches with rope and wood.

In the 1700s, the U.S had swing sets, but were even more basic in nature, as they had to be much easier to transport as they were a distraction on long journeys in cupboard wagons. These shifted tremendously a century later with the first U.S. playground at San Francisco’s Golden Gate Park. Rather than being suspended from trees, these swings were their own structure—the basis for modern swing sets. These were always made in pairs as well, which is where the name swing sets came to fruition.

After that came the Great Depression, where the best swing sets of the era were built by the Work Progress Administration to create jobs for unemployed Americans. The WPA and the new child labor laws helped bring children to these parks which then helped reduce the number of children working in unsafe conditions. Not to mention it brought some joy to a time where joy was hard to find.

The construction of modern swing sets was heavily affected by those that came before it. As more families wanted the sets in their backyards, the early 20th century playgrounds made of steel caused many injuries and inspired the thought of softer material swing sets. Safer constructions came about and followed safety regulations and guidelines set by national organizations. What a thought it is to see how much swings evolve as time goes on!

If you’re looking for any swing set hardware kits, seats, or ADA platform swings, turn to Discount Playground Supply. We can get your local park or backyard adventure zone into top notch swinging perfection—check us out!