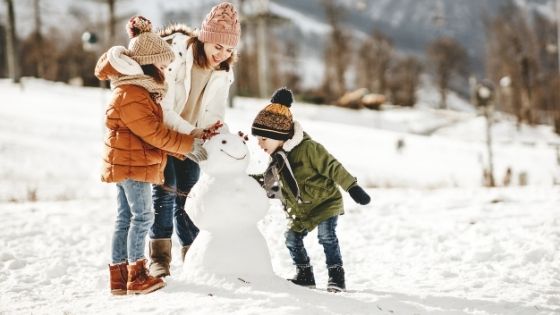 Parks and playgrounds are a great way to improve any community or schoolyard by engaging the public and encouraging kids to get outside when they play. Parks have been shown to always make the surrounding residents happier and provides an aesthetically pleasing break in urban development, but it’s vital you also consider the role design plays in creating safer parks so that parents can feel confident and secure when their kids go out to play.

When a space is poorly designed, it can have some hefty consequences by creating an unsafe and unpleasant perception in the minds of local residents. This first impression can be hard to shake off and this is why safety should be emphasized in the initial design rather than relegated to a secondary priority of addressing the park’s issues once it has been built. That design philosophy can also cost you further time and expenses if you must do more work accounting for issues that you had not during the initial design phase.

The visibility of the park from the street is crucial for safety. By eliminating visual obstacles, your park will have more opportunities for informal surveillance and fewer secluded areas for crimes to take place unseen. Eliminating secluded areas will also reduce the risk of children disappearing from their parents’ view or being led off by strangers.

As a general rule, visitors to your park will feel safer and more secure when they can be seen and heard by others, but there is a small paradox within public expectation as, for example, varied landscapes of tall meadows and woodland thickets are both the most feared and valued by park goers for their visually and socially isolating atmospheres. So, what’s the best way to balance that which is desirable and that which is safer? For a school, the answer is clear—safety is the top priority for kids, and a community park should strive for much of the same as families will be one of your greatest audiences. If an isolated area of your park is unavoidable, then it should be accompanied by adequate and proper warnings with signs and a clear layout to avoid confusion that would disorient visitors.

Continuing with the topic of your park’s visible presentation, you should begin with the perimeter of the park to inspire feelings and perceptions of safety and comfort, If potential visitors can see activity within the park and a welcoming perimeter, they will feel more inclined to enter. This visibility from the perimeter will allow the activity within the park to draw attention from the street and create a source of surveillance so that any wrongdoing will be quickly spotted and acted upon. It’s a natural way to draw in visitors and create an element of security. Therefore, you typically don’t see much in the way of shrubbery or fences around parks, even if it seems like a contained perimeter would seem like a good idea initially to keep kids from wandering away.

As previously mentioned for isolated areas in a park, the entirety of your park will want a layout that is easy to comprehend and picture. Or, as it’s often described, the degree to which a space is understandable, the ease of which different parts of the parks can be organized and recognized. What this means is that your park should leave an impression. A great way to achieve this is through landmarks. Playground equipment can achieve this, as can natural landmarks and points of reference. The easier it is to navigate the park, the greater the feeling of ease and security, and its importance should not be underestimated. Disorientation and feelings of being lost will create fear and panic, putting off visitors from ever returning to the park.

As parks are very appealing to kids, you might be considering playground equipment for kids to crawl all over and burn off energy. These playgrounds are also great ways for kids to explore and develop their physical, mental, and social skills by interacting with the world and other kids within the park. That being said, it’s not a surprise that kids also like to get a bit rough. To allow them to play how they want but stop them from hurting each other, you’ll want to make wise choices of equipment and invest in safety measures.

Such wise choices include dodgeball, for example. Regarded as the most classic of schoolyard activities, it’s not a bad way to get kids to use teamwork and develop hand-eye coordination skills, but it’s also infamous for being dangerous. Whacking a kid in the head with a rubber ball hurts. But rather than deny them the chance to play this game, which will only make them want to play it more, you can install a gaga ball pit, which is a fantastic substitute for traditional dodgeball. These are small arenas where a much softer ball is used, and the goal is to get the other players “out” by hitting them with the ball below their knees. This creates an objective that encourages kids to avoid aiming for more sensitive spots like the face, and we have gaga ball pits for sale if you’d like to investigate them further.

Your park should also include safety preventatives like surfacing to safeguard from injuries that may come from a fall. Equipment like metal slides should be avoided if your park is in direct sunlight, as the metal will absorb heat and may burn kids trying to play on it. Furthermore, your equipment should be easy to clean and disinfect, as kids all sharing the same equipment will quickly build up with germs and bacteria.

An important role design plays in creating safer parks is how it manages traffic in anticipation of busy days. Clearly marked entrances and exits will add to safety by preventing collisions and making evacuation comprehensible during emergencies. This ease of circulation will ensure your park is used in its entirety, otherwise, you risk having “dead” areas if moving about is difficult. Your park should also have multiple routes, entrances, and exits for a concept called physical permeability. With a variety of routes, your visitors will be able to avoid large groups of people and avoid making the park seem claustrophobic. Different pathways can make a visitor’s trajectory less predictable for any possible attackers, and they reduce the risk of entrapment areas where someone could be cornered or stuck.